Your problem
My problem is:
The release notes for 3.1 say that the issue I’m about to describe was addressed in bug fix #8959

However, the bug page itself (listed above) has comments that seem to indicate this might not be included until Mautic 4. Can you say for certain if this is addressed in 3.3.1 or not?

The issue I am seeing is what is described in that bug. I create a webhook action in a campaign and set the content-type header to a value of application/json. I set the verb to POST. The body is still sent as if it were form type. 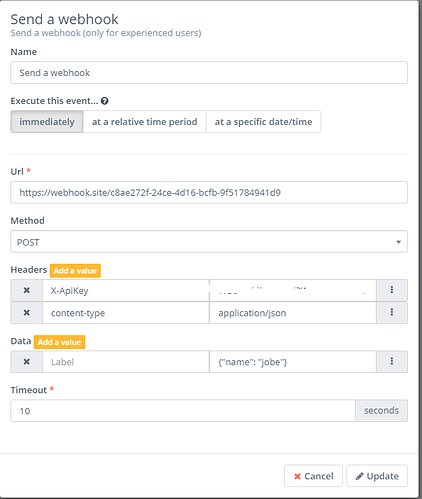 Steps I have tried to fix the problem: