I don't know if my emails are opened or not

Your problem
My problem is: I don’t know if my emails are opened or not

I have installed postal smtp which I use to deliver my emails.
The IP address is new, so I started to warm up the IP address. But the problem is that I don’t know if my mails are opened or not.

I have created a campaign where I insert new contacts every day during this warm up operation.
When I check my campaign results, I see that X number of my emails have been opened.

But when I look at my opened emails report I see that no emails or about ten emails have been opened. I don’t really understand what is going on.

I need to have the real results to know if my emails are really opened or if they are sent in spam so I can improve my ip warming up.

here are 2 screenshots so you can see what I mean 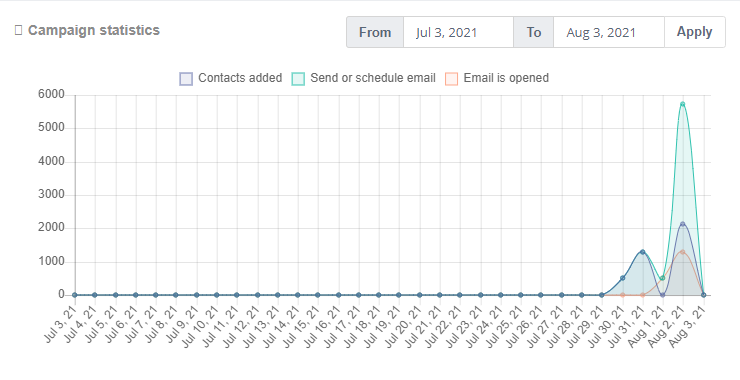 Let me understand! The first graph is the campaign statistics and the second one is the email statistics?
Is the campaign sending only one email? Otherwise you need to sum up all the statistics from all emails sent by the campaign. I checked on my installation. Some of the older emails do not show me a proper graph as well, although the open rates are correctly stated in the email overview. Maybe there is some bug in the email graphs of Mautic, not sure about that.

well, here is the problem. If your campaign is sending several emails, you need to add up the read count of all the emails that the campaign was sending, and then see if it is matching with the open rate of the campaign. Because the campaign statistic is summing up all emails that were sent by the campaign.