Can a running campaign be "Added on", like another Action, after it has already run

Your problem
What I have is a segment campaign that i have already launched for a few days. After which, based on the current results, I suddenly decided to add on another action to send a new email for those who did not open the emails. I also had another rule higher up in the campaign where the campaign will continue for that user only if he fulfill condition X. I now decided to send an email to those who failed condition X.

What i noticed is that, the rules and actions dont seem to take effect on the user after they are already added to the segment, only those who were added to the segment after i added the new actions and rules. I even tried to set trigger to only start sending specifically at a time 1 hour later from now hoping it will trigger for the previously added contacts, but no it would not.

Am i missing something? Thanks!

Would anyone be able to help?

I think, there is no such thing. The campaign will not wait until you fulfill a condition, it only waits, if the no path also has timing added. The yes path is fulfilled once the answer is yes.
For example:

Here what happens is, that you have to open the email within 5 days, otherwise you’ll land in the NO path.

What usually the problem is, that your contacts leave the campaign, and you try to target them, but they already went through.

There is a forum entry regarding this with long detailed explanation:

Hi @joeyk thanks for the explanation.

So if a contact has reached the end of a campaign, example below:

Once they have either had their “Preferred Locale” updated or been sent the mailer “Thank You Mailer”, they are “Out of this Campaign”.

So what Edward wants to know (and what I think I now understand) is that after an hour of this campaign running, if we went and added a new step after the “Thank You Mailer” no one would get to that step, except if new contacts were added to the starting segment ?

My next question would be, what if we allowed contacts to “restart the campaign” would they then get this next event ? or would they need to be actually removed from segment and re-added to segment

Hi @mikew , you are raising an excellent question.

Once they have either had their “Preferred Locale” updated or been sent the mailer “Thank You Mailer”, they are “Out of this Campaign”.

He is actually NOT ‘out of the campaign’. He is still a member, even after completing the last step, unless he disqualified from the source of the campaign (Not a member of the segment for example.)

So what Edward wants to know (and what I think I now understand) is that after an hour of this campaign running, if we went and added a new step after the “Thank You Mailer” no one would get to that step, except if new contacts were added to the starting segment ?

My next question would be, what if we allowed contacts to “restart the campaign” would they then get this next event ? or would they need to be actually removed from segment and re-added to segment

In short: yes.
In long: once you are removed AND you are re-added AND the campaign supports restarting, THEN he will run through the whole campaign like he would be added first time in his life.

In very long: I tested the duck out of this functionality today and documented it, so if you want to understand how campaigns exactly work, knock yourself out:

Well done @joeyk!! Read your article. This should make it into Mautic Documentation @rcheesley. You should read Joeys’ link above.

Hi @mikew, Thx for the feedback, very kind of you.

Regarding your question: do you mean like ‘unpublished’ for couple of hours?

no turn off the campaign completely. 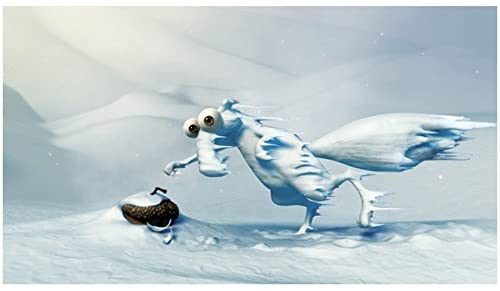 Long version:
No triggers / events are executed in that campaign, like it froze in time.
Then when you publish it again AND update the campaign, then everything is picked up where you left off.

My test showed (it was new to me), that if a campaign event already triggered, but the contact is disqualified from the campaign, than the event fails.

Thanks so much for your in-depth explanation. However lets say I have this flow, and I will now add (1) and (2). 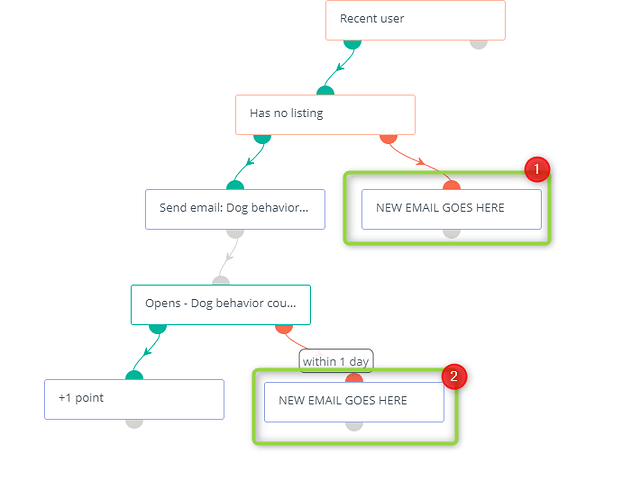 From your explanation if i re-add the user then i know (1) would run just fine.

But, For the Send email: Dog Behavior If i have it set as a marketing email (send once only), i only want to send to those who did not open that email. In that case, would Mautic already know that in the past that user was already sent that email, AND he did not open it, and then go to (2)? Also the +1 point would not run because the user can’t reopen the email?

That was actually what i wanted to do… as the open rate was so bad, i suddenly decided i should send a follow up. Or is there a better way to achieve this.

Also if i changed the segment recent user to an empty segment now, would all the user previously in that campaign also be removed then change it back to recent user, would it effectively add those user back to restart campaign again?

Ok… changing to an empty segment does remove everyone from it… that is confirmed, so now left what happens if i add them back and those who already opened before the Dog behavior email

What do you mean by empty segment?

A segment that has no members in it. You will see from the screenshot above that the contacts are all removed.

However when i changed back to the original segment, users that were already in it before, do not get added back to the campaign. They are then permanenetly removed.

Even when i tried to empty the original segment by adding a condition that removes all the contacts from that segment then add them back in again, the segment gets repopulated but the campaign still refuses to add the users back in.

I tried another thing, I duplicated the original segment and gave it a different name and changed the segment in the campaign to the copy, but the contacts were still not re-added to the campaign… any idea why? Btw… allow user to restart is already set…Its like mautic remembers that user was added before and it just wont allow to readd back only to remove.

How people qualify for the segment? What is the filter? Or you adding manually?
Readding did work for me…

They qualify based on the country they are in, their chosen locale and some other custom conditions. Its automatic. Any idea what’s preventing the contacts from being added back in?

After further testing. i noticed that as NEW users get added to the segment … these users are added to the campaign. But users previously on that campaign no longer get added. Or maybe the way i removed the user from the campaign was not clean because i change to an empty segment?

This worked for me:

Let me try your way. The method that i did differently from your was step 2, where changed the segment in the campaign instead of disqualifying from the segment

Many thanks for your wonderful explanation of how Campaigns are triggert.

Is this a good way? What is the idea behind this?
I mean, it is often the case that a campaign is started and extended over time. I mean, when I don’t have the time to create all emails at once but want to start the campaign asap, then with the actual constraint I have to plan a second campaign.